It’s slim pickens here in the high desert for CSA veggies so today’s recipe was purchased entirely at the regular grocery store.   It was quite tasty.   Don’t judge.

Last summer, I had a Vietnamese-style banh mi sandwich from a food truck.   The light vinaigrette with the sweet crunch of veggies inside of a sourdough baguette and then, the after-kapow of a little bit of hot serrano peppers was enough bliss in one bite to create an immediate addiction.   I was hooked.   Yum.

Today, I was craving some banh mi, dammit.   And, here’s what I came up with …

My not-so-original recipe ideas came from searching the internet, HERE.   Being a total non-conformist, I made one up and it came out pretty darn good.   Especially, when you consider that I didn’t have a sourdough baguette in the house and got a little crafty with the lettuce wrap idea.   (Watch out, P.F. Chang’s, I’m gunning for ya!)

Now, don’t kid yourself.   Cutting up a bunch of veggies into cute little pieces is a pain in the ass.   I have a kitchen mandolin but I am slightly afraid of it.   I will thin slice a few things on it but the whole ‘julienne’ idea seemed pretty dangerous to me today.   This kind of cutting requires more patience that I generally have.   I did get lazy toward the end and just chopped up the cucumbers.   Shoot me.

Basically, I marinated the veggies in some ginger-soy salad dressing with a little bit of extra rice wine vinegar and then added some grilled chicken.   We had some baby romaine lettuce heads and just peeled leaves off to wrap up the mixture.   Lettuce burritos!

Dinner must have smelled good because we were visited by a Cooper’s Hawk.    He literally flew into our front window and freaked the F@#K out of us.   Excuse the crappy picture quality … I wasn’t prepared.   This was an impressive dinner guest.

What the Cooper’s Hawk?

Based on the stare he is giving us, I think we should just give him our plates.    YIPES!

This entry was posted on January 27, 2013 by Sharlea. It was filed under Recipes and was tagged with #lettuce, banh mi, chicken, cilantro, cooper's hawk, hawk, pepper, radish, red bell pepper, serrano, vietnamese, wrap. 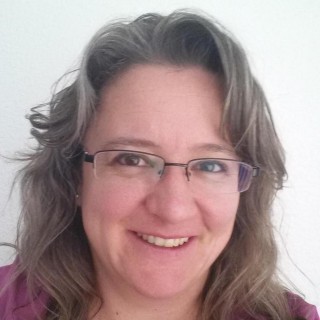